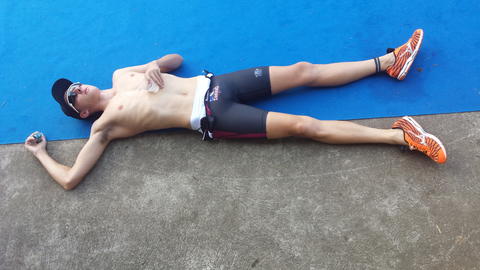 Last National Schools Triathlon The Queensland team met at Brisbane airport first thing Tuesday morning, where we checked in 36 bikes and bags before having a meeting. Samantha Whiting and myself were honoured to be announced as Team Captains and given the task of firing up the team for a 12th victory. 12 in a row, here we go!!! Landing in Sydney, the rival teams had already stolen our truck, this caused a little delay but our superb managers handled it perfectly. Eventually we arrived at our apartments and quickly unpacked before heading to the Penrith Regatta Centre for the Opening Ceremony. 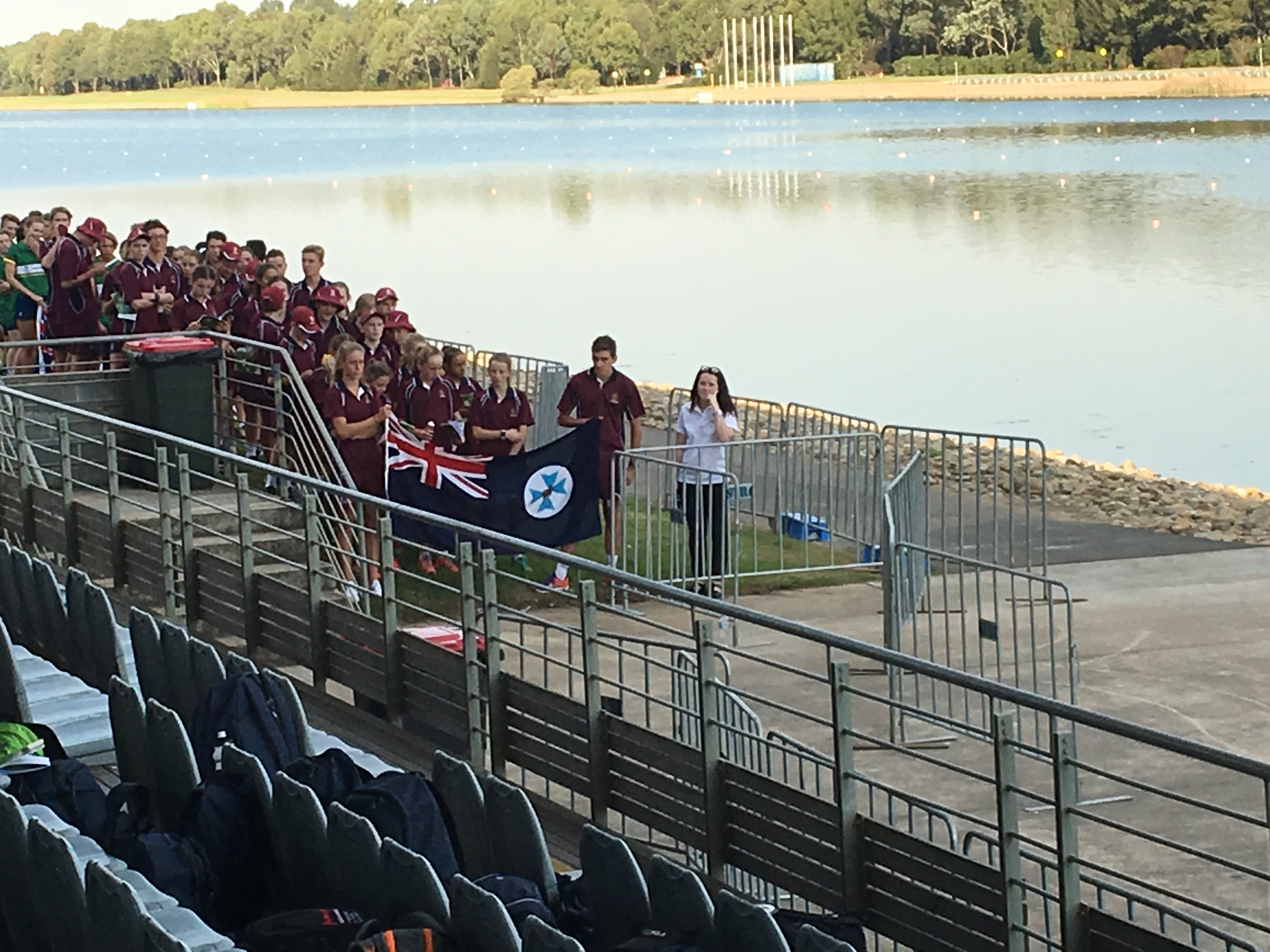 That night we headed to the Panthers for dinner and Lochie Jones providing the entertainment with his persistence to impress a lass. Highly amusing thanks Lochie. Dinner was a banquet of pizza, pasta and salads, followed by a trip to the shops for snacks and breakfast supplies. With my supply of an aux cord and quality driving by Steph our bus trips were rather fun and sadly short. It was a late night, getting to sleep around 10:45pm on a really comfortable bed. Wednesday kicked off with breakfast and a trip to the regatta to assemble our bikes. 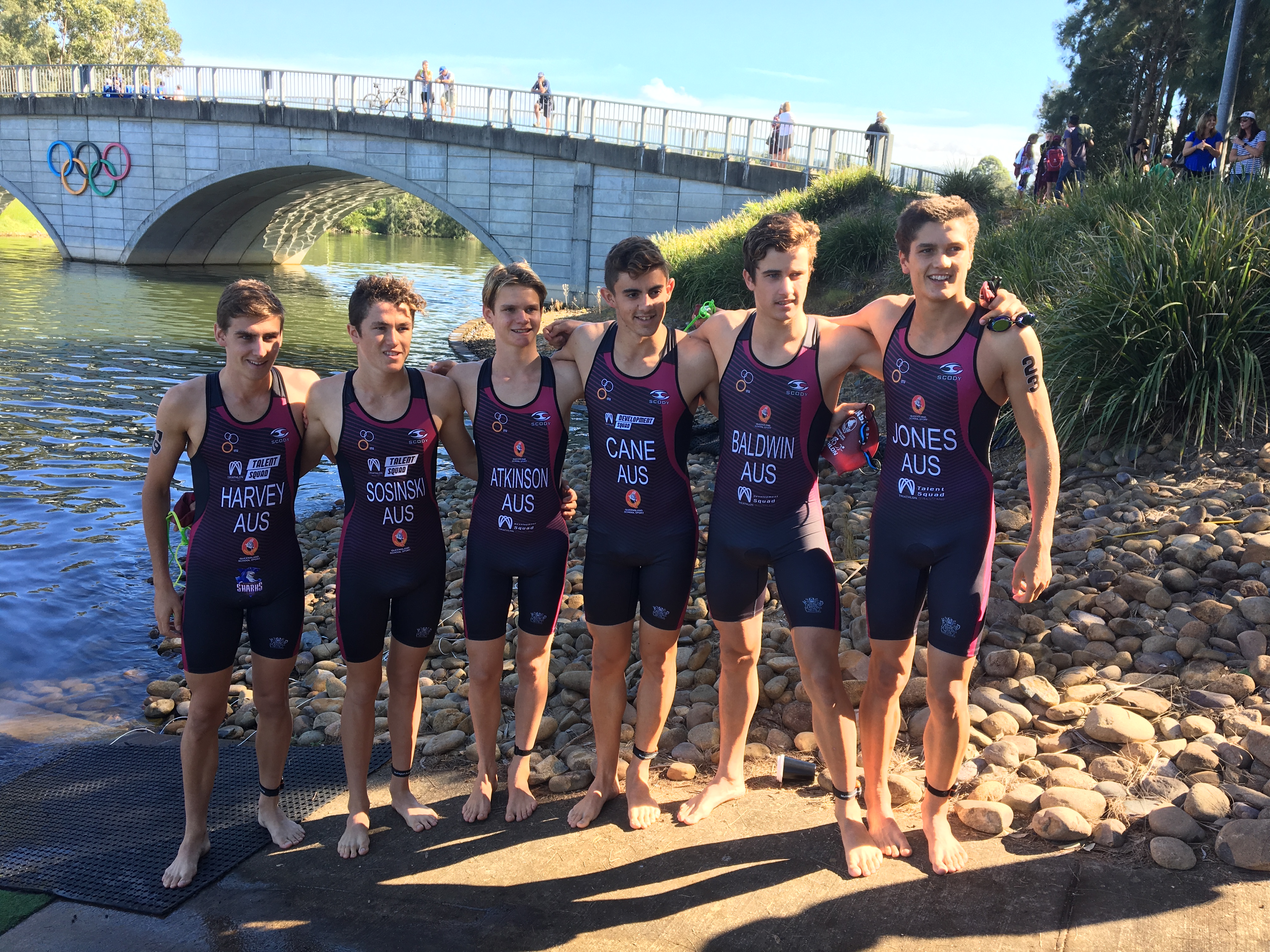 All of the bikes made it in one piece, although many had bent shifters and bars which where easily fixed. The rest of the day was spent there listening to a bike safety and nutrition seminar before the course opened. I rode a lap and practiced some of the turns before going for a swim. That was the end of the day and we were given some free time at the units so played some cricket in the hallways with stress balls and packed for race day. Dinner was at the Panthers once again and we had an earlier night, getting to sleep by 8:30. Race day had us waking at 4:00 and eating wheatbix before jumping on the bus. I felt a little weird that morning but put it down to nerves. My race didn't start until 10:30 and was the last race, so I cheered and supported the Queensland juniors and intermediates who absolutely killed it, getting on every podium. It was a sprint distance Tri and a deep water start. The gun went off after a lengthy wait and I was instantly pulled back and getting kicked in the face. I split off from the group to move up along the inside and was hammered on the turn when I rejoined. Overall I had a pretty bad swim and sprinted to transition to make up time but fumbled, missing the back of the pack. I put my feet in and caught onto the back of the chase group. By the first half lap we caught up and formed a big pack. From then on it was constant change of pace from 50 to 20. The most frustrating thing is that the ride was still easy so we only dropped a few people. Several people tried attacking off the front but to no avail, even organised attacks with several people were brought back in. I moved to the front just before the corners and hit transition in first place with fastest cycle of the day. 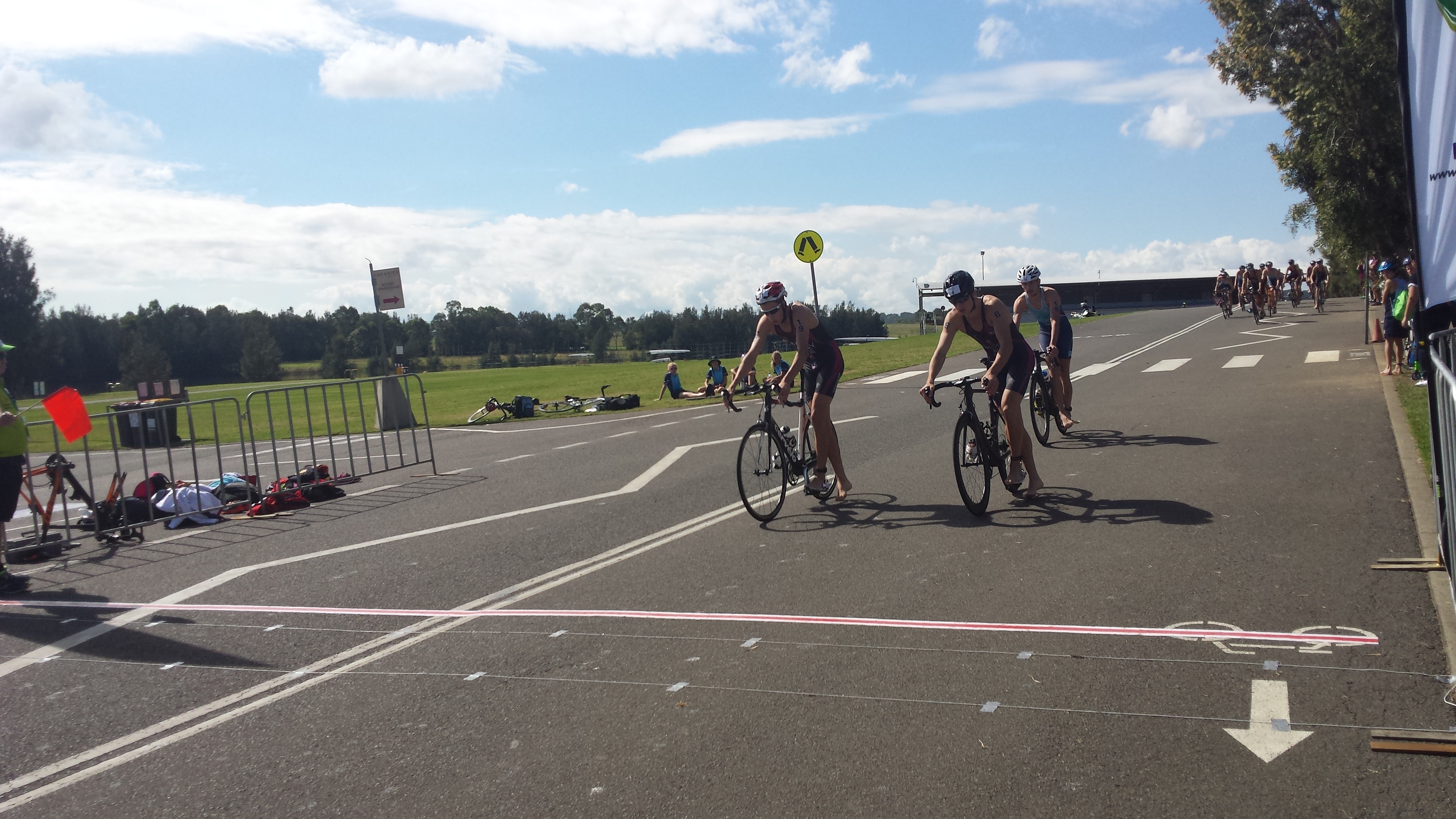 I started the run and had a slower start for the first couple of hundred metres before settling in and catching back those that had passed me. I got to about 500m before it all went wrong. It started with a cramp which was then followed by my left leg locking up, and then an asthma attack and vomiting. I was left to try and get myself to the finish line. Have you ever tried vomiting when you can't breathe? By the end of the longest 5km I have ever done I had lost balance and feeling to all my limbs, I guess that's what no oxygen does to you. I spent the next half hour in a state I don't ever want to be in again, before slowly moving and trying to pull my head back into line. 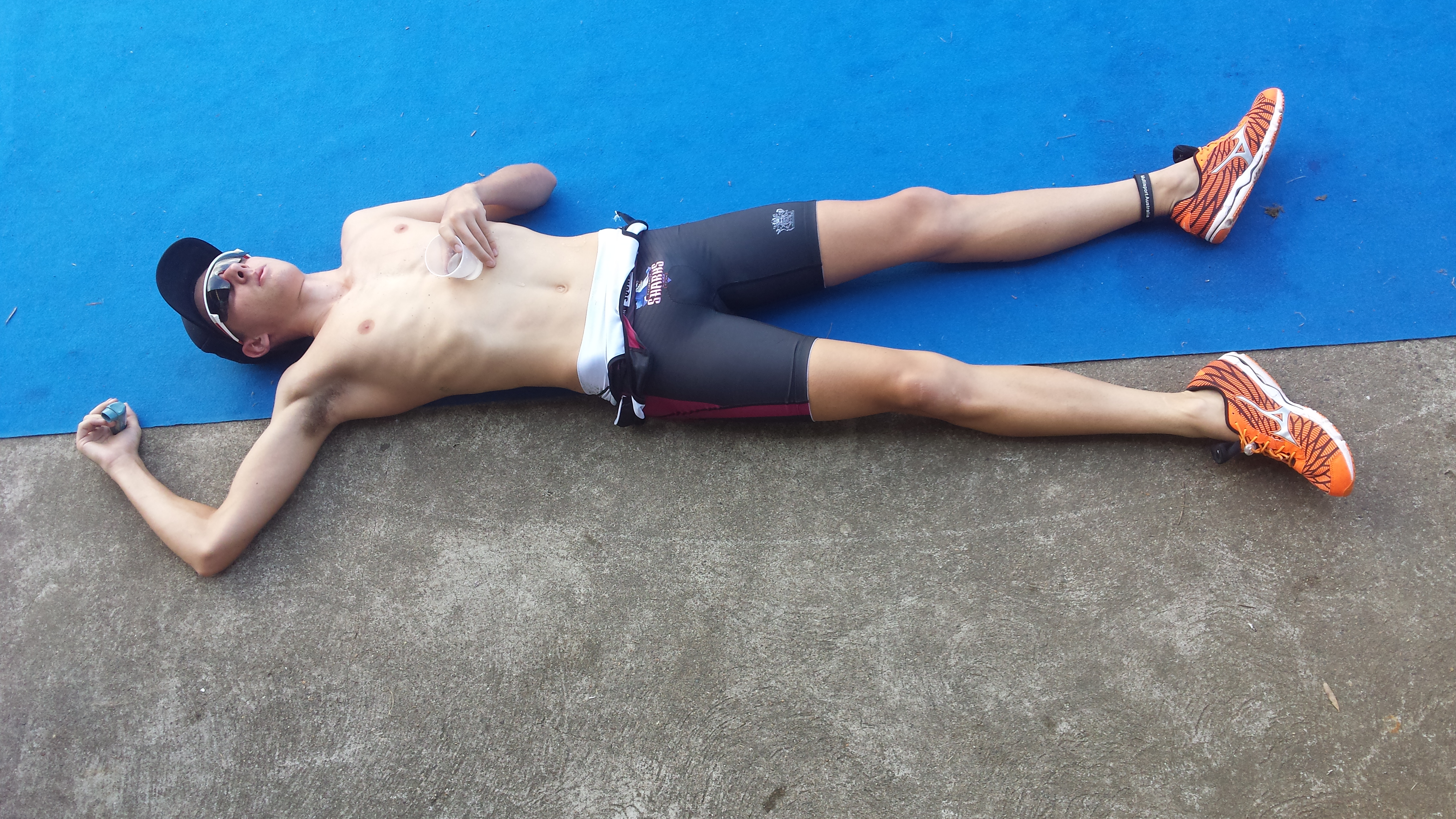 I was devastated to say the least especially since it was my last School Nationals. That night we had presentation dinner and I had the honour of collecting the Individual Trophy with Sammy on behalf of Queensland. The presentation dinner was raw fish and fish eggs followed by steak. It is safe to say that I prefer the less fancy entree and will leave the fish eggs to others. It was a late night and I cleared my head before sleeping, tomorrow is a new day. We had to have all our bags out of the rooms by 6 and into the truck. 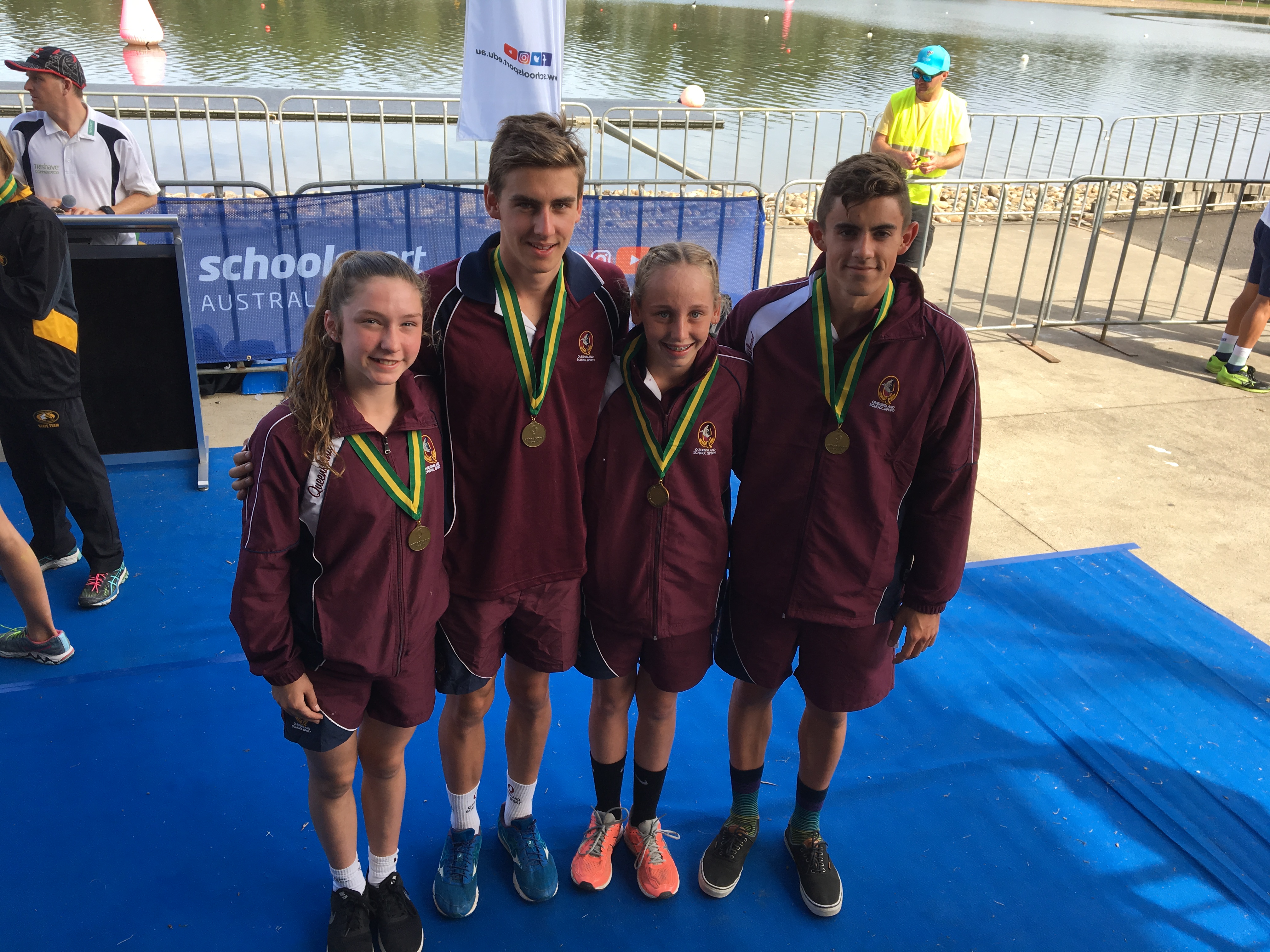 Each relay was a 300m swim, 5km bike and 1.5km run completed by each member. My team was all ages and consisted of Richelle Hill, myself, Jessica Pike and Dean Cane, in that order. Richelle gave me a good lead and I had some redemption to get. I did a quality dive off the pontoon and started to chase down the senior teams who started 2 minutes prior and provided a good target. I had a good swim and got on my bike by myself to ride away from the other teams. I had the mindset that if I was going to blow up in the run again then I would need a lead off the bike. I hit the run and felt great I held my pace and had the second-fastest run of the day before tagging Jess. 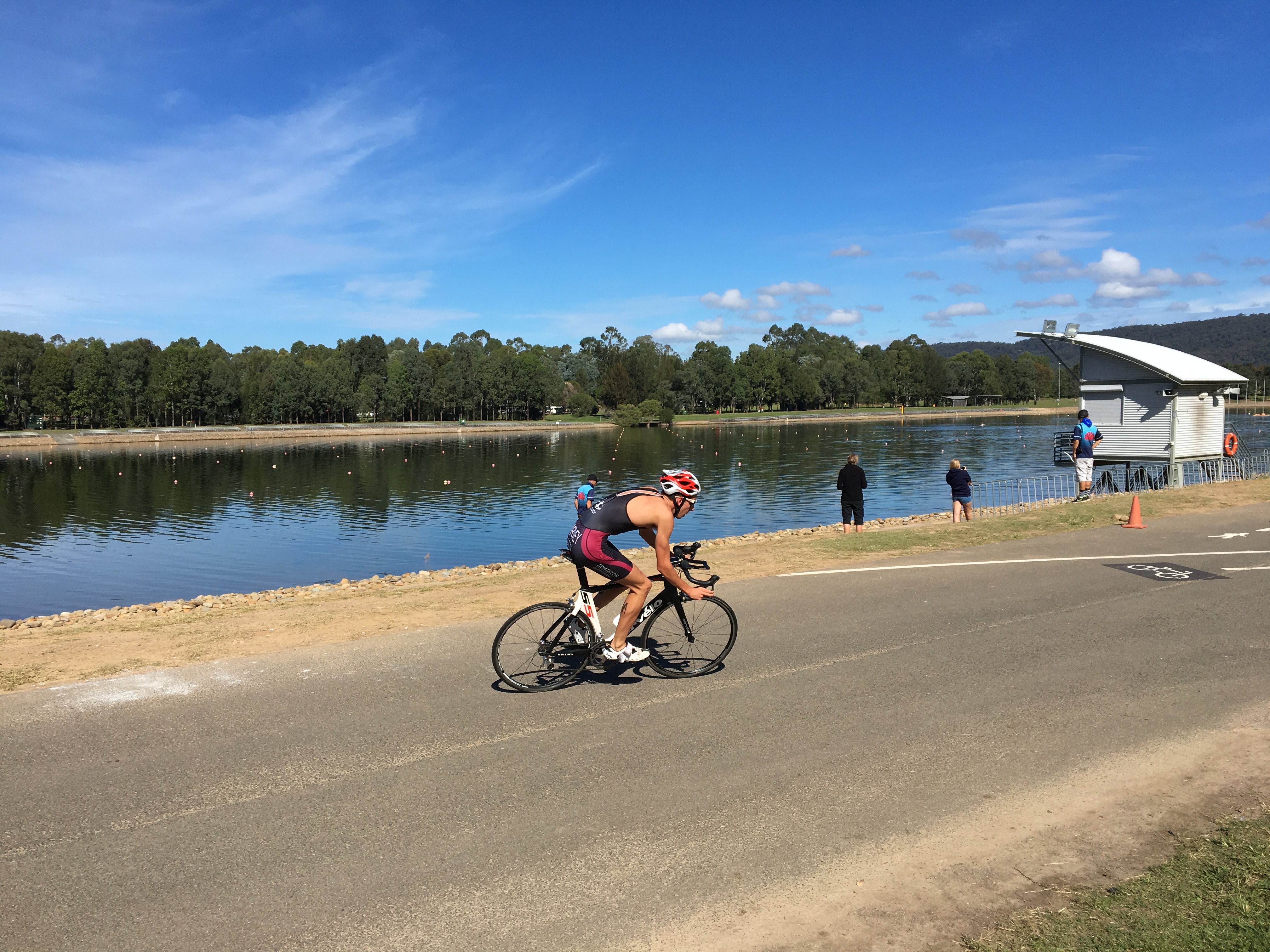 The lead just built from there and Dean brought us home 1:45 ahead of the next team. As to be expected Queensland took out the relay trophy and overall championship award for the 12th year in a row. I couldn't have asked for a better team to travel with and I got a bit teary on the plane home as I reflected on my last School Triathlon. Many memories were made over the years and it's sad to be leaving. Good luck to Queensland in the future the team is looking strong!!! 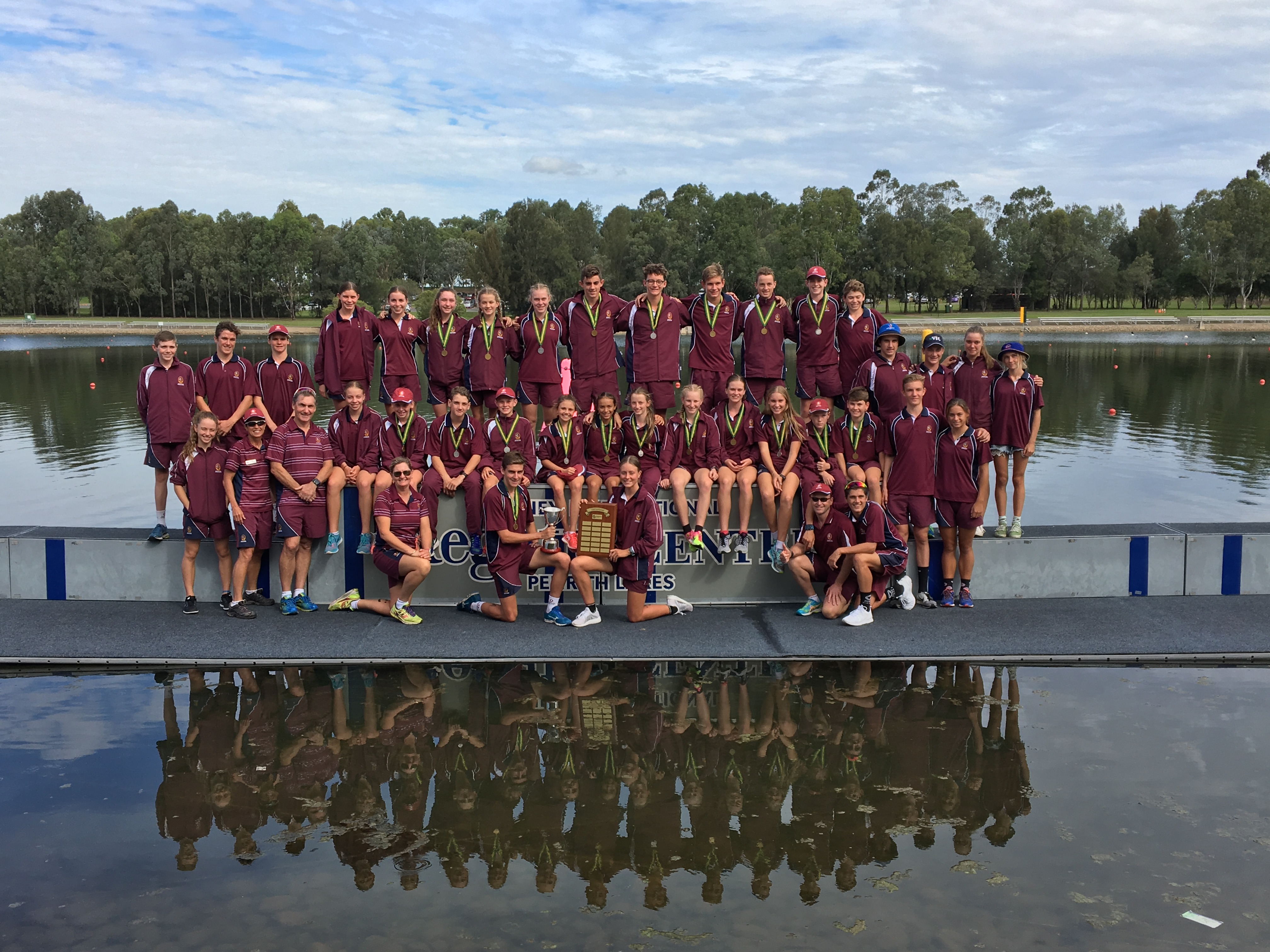