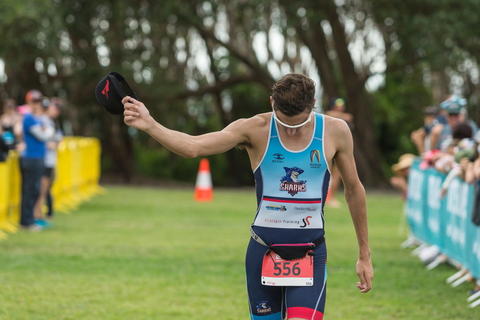 I woke up to my alarm early Saturday morning, but it took me a while to realise what for. I lay there looking at my alarm as it went off trying to remember why I was getting up, it’s a Saturday, triathlons are always Sunday, aren’t they? Ooops that’s right, Straddie is a weekend of racing with both the pure and salute triathlon on the Saturday morning. I ate a couple of pieces of toast before I left for the barge, thanks Mel for picking me up. It is an hour’s trip on the boat to Stradbroke Island and I took my time to eat some wheat-bix and watch the sun rise. Driving across the island I saw most of the 20km cycle course as I was doing the on-road tri, known as the Pure. I picked up my race pack and put my bike in transition, before watching the start of the 8.5km run. It was the same course I would have to do later that morning and I was keen to get some tips from those who had just run it. The rundown I was given was steps, steps and more steps. 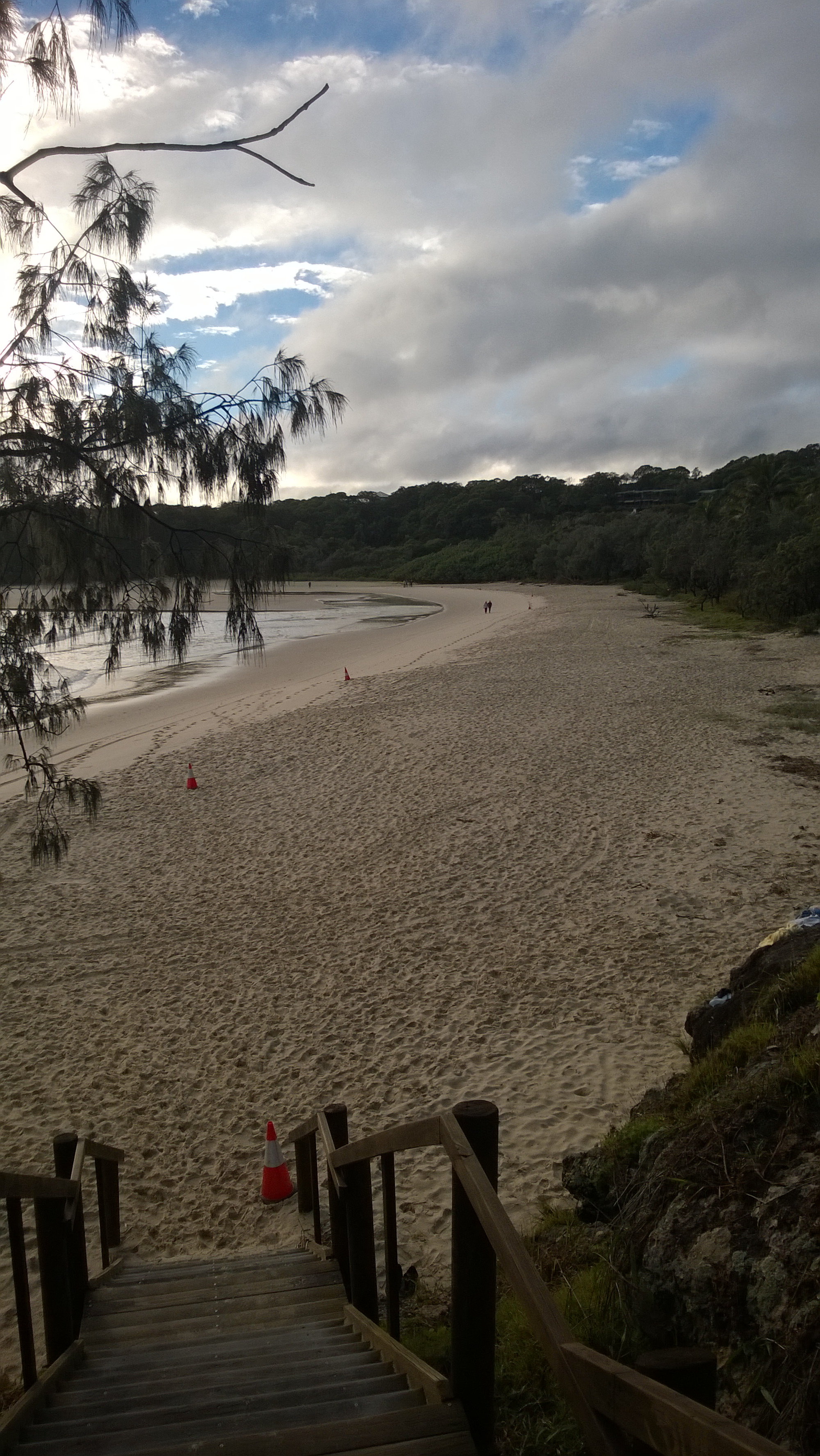 It was wetsuit legal but I decided not to wear mine because of the chop on the way out. As we lined up I noticed that only 3 or 4 of us did not have wetsuits and was interested to see how it played out. There was an extremely strong current sweeping down course and it was a struggle to pick my spot on the start line. The gun went off and I got a clear start, I ran as far as I could before porpoising at a slower rate than normal. I noticed those in wetsuits struggling to dive under waves and coming up further back then they started. One athlete streaked ahead to the first buoy and I tried to chase but couldn’t get out fast enough. Once I finally turned around the first boy a big wave picked me up and dumped me onto another athlete, that’s one way to stop someone from drafting… With the current behind me and the waves rolling into my side I put my head down and worked hard. The course organisors did an excellent job and had the buoys set up in a way to allow for you to be gradually pushed ashore before making the final turn. On the way in I noticed that there was only one athlete ahead of me and a large gap to third. I managed to catch a wave in and catch up to first place reaching the shore just behind him before running past and into transition. Not bad for no wetsuit hey!!! 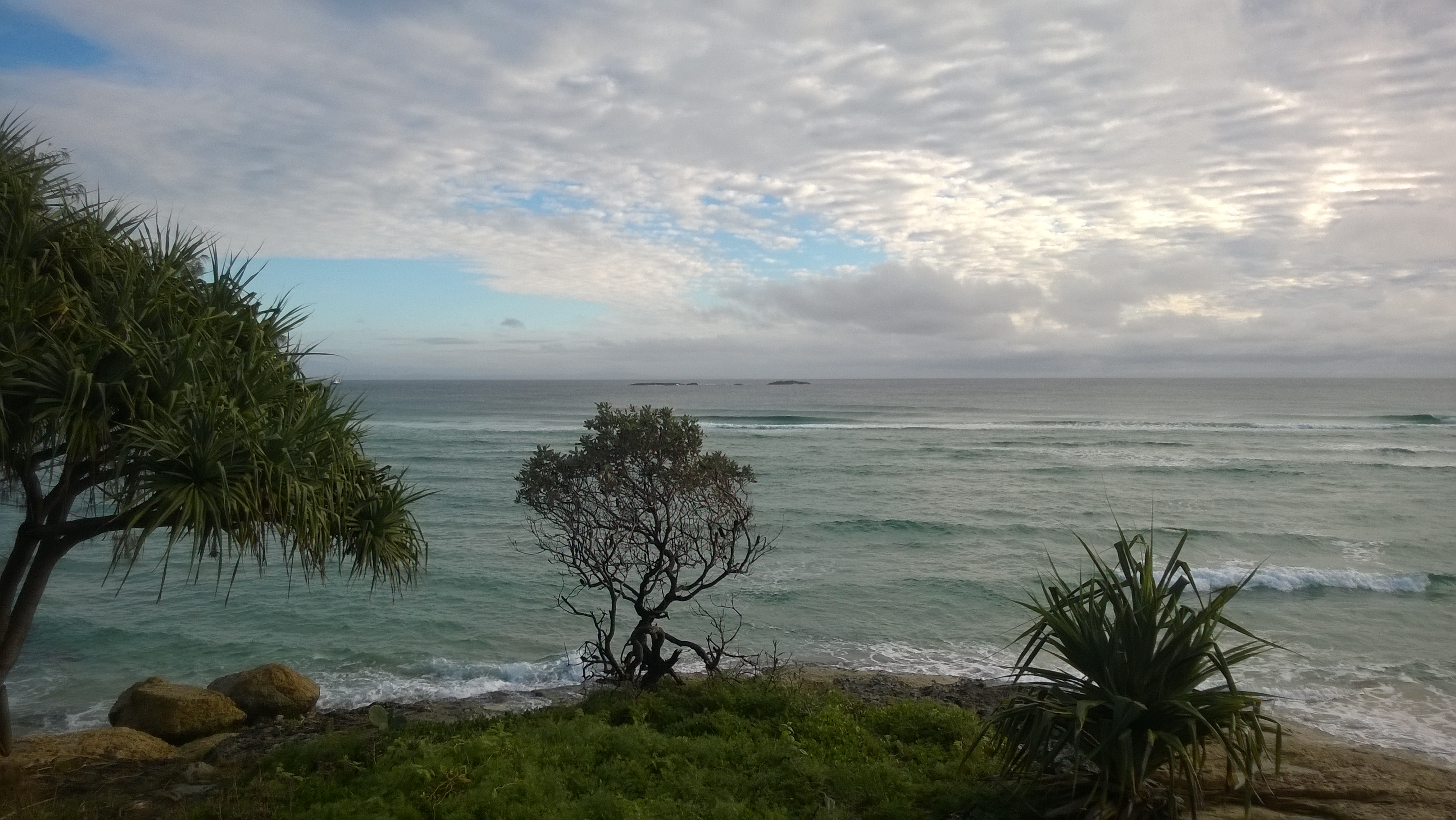 I left transition roughly 30 seconds ahead of second place and rode straight into the hills. The road was in the process of being resurfaced and was at that stage where it is just bitumen without the tar which made climbing a very slow process. I could feel my lack of cycle training and as I hit the turnaround I saw that the gap was now about 10 seconds. By the top of the next hill I was in second place, behind Ryan Waddington. I kept up on the climbs but on the downhills, I managed to run out of gears!!!! Ryan beat me into transition by about 15 seconds and I came out about 3 behind. Hitting the 8.5km run I was preparing for some mighty sore legs but didn’t get the chance to push them. At about the 1.5km mark I started dry reaching, fun times, only 7km to go… I ran onto Main Beach and tried to concentrate on my technique and the water, but almost got caught out by a wave! I started running up the beach with a wave chasing me before I continued along. Big thanks go to the lifeguards at Point Lookout for blasting "Eye of the Tiger" as I ran past and up to the start of the Gorge Walk. That’s where the stairs began, up, down, up, up, and up. There were defiantly more up than down. 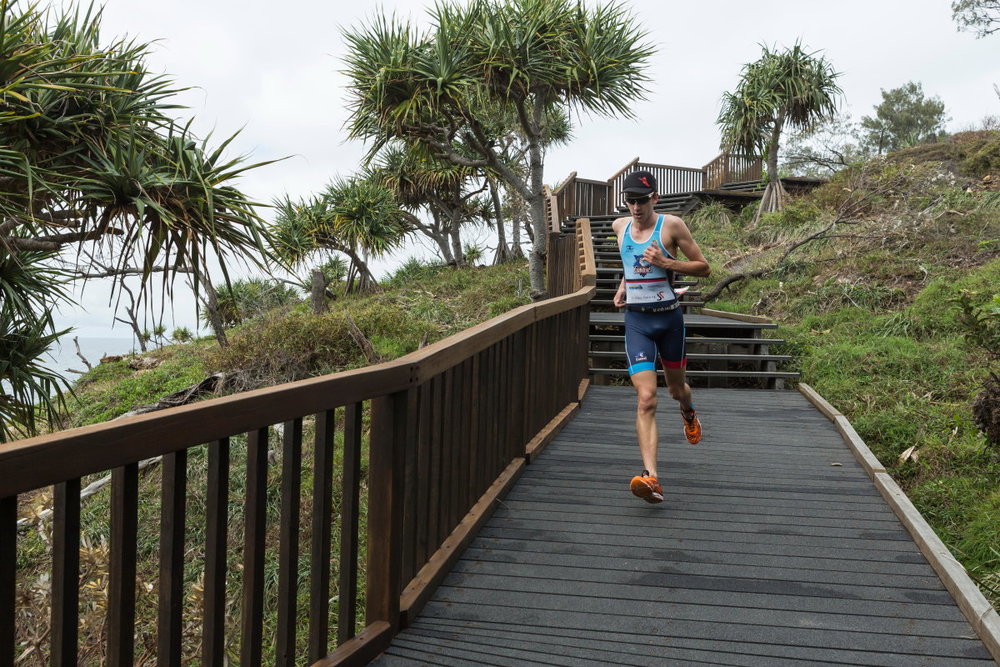 I continued to hold back my breakfast and take in the beautiful view as best I could. I soon heard Travis Coleman stomping up those stairs behind me as I passed two guys playing a didgeridoo. I tried to stick with him as we dropped down into Cylinder Beach for the final beach run and upward stairs, key word, tried. I couldn’t keep up and hold down my breakfast, I absolutely died in those last km’s but crossed the line in 3rd place overall and 1st in my age group. Thank you, Travis and Ryan, for providing the challenge, I will be back next time to have another crack, see you then. 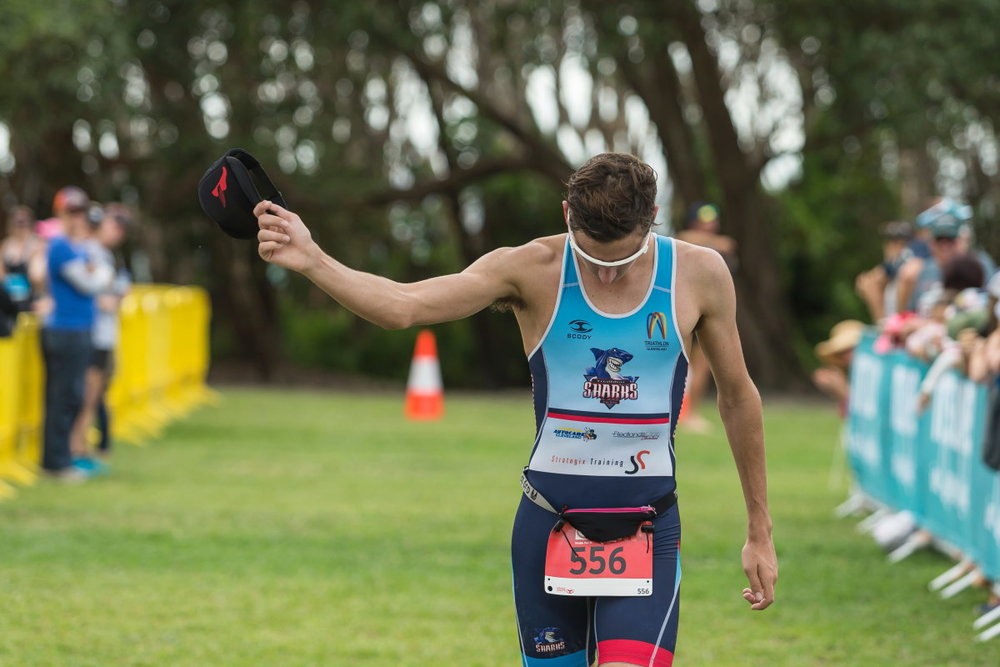